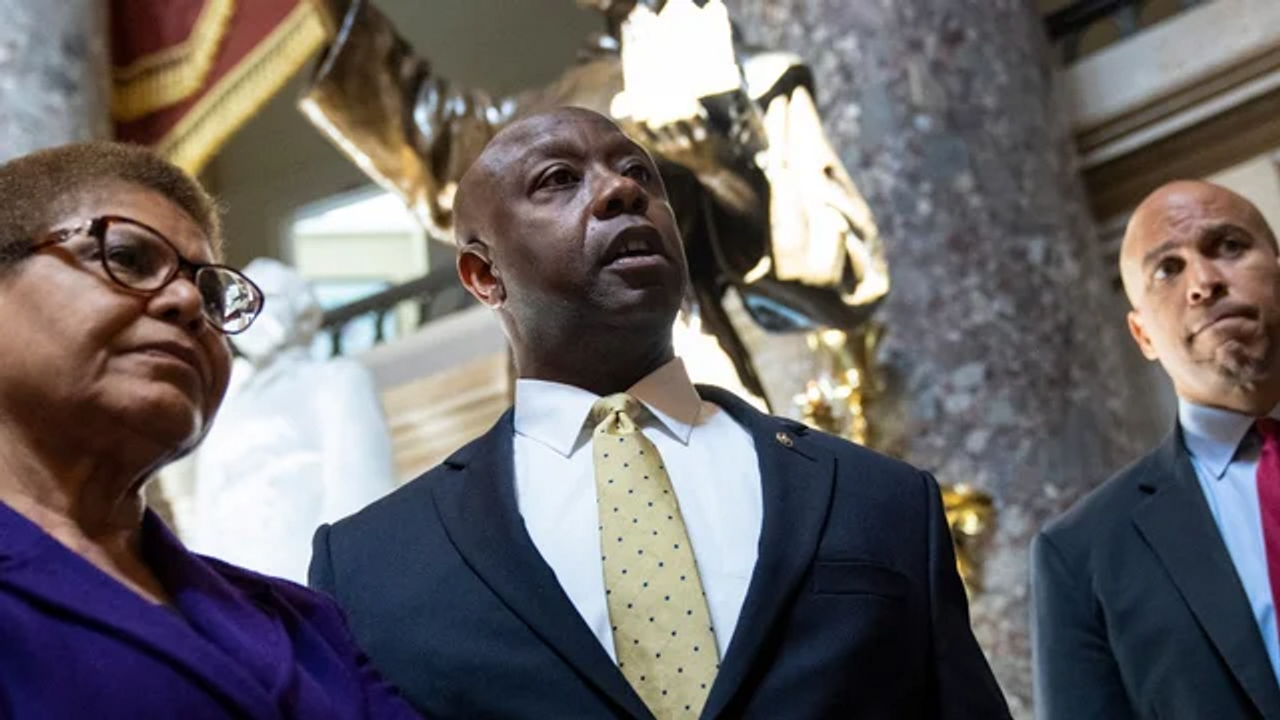 Democrats want to nix qualified immunity, the doctrine that protects state and local government officials, including law enforcement, from liability in civil suits unless they violate a person’s clearly established constitutional rights.

Republicans, however, are pushing for the legal principle to remain intact.

The Democratic-majority House passed the George Floyd Justice in Policing Act in March, which eliminated qualified immunity. The legislation was approved with no GOP support.

The coalition of civil rights organizations, including the American Civil Liberties Union (ACLU), the Human Rights Campaign and the NAACP Legal Defense Fund, are speaking out and raising concerns regarding the state of negotiations and more specifically, qualified immunity.

“We write to express our serious concerns, however, about the state of negotiations on qualified immunity and empowering victims of police misconduct to hold law enforcement officers and agencies accountable through civil lawsuits,” the letter reads.

The group noted that some policymakers involved in the negotiations have called for including qualified immunity in the bill, and at least one senator has suggested that law enforcement agencies should be liable for acts of their officers, and not the officers themselves, in cases involving death and serious injury.

The organizations called those ideas “deeply troubling,” and contended that they “would threaten to permanently close the courthouse doors for victims of many of the most common forms of police abuse rather than provide a meaningful remedy.”

They called qualified immunity “an affront to our legal system and to the pursuit of justice,” and urged the lawmakers to “adopt police accountability legislation that ends qualified immunity rather than a bill that explicitly codifies it or that the Supreme Court could construe as ratifying it."

The letter, sent to Booker, Scott, Bass, Senate Democratic Whip Dick Durbin (Ill.), Sen. Lindsey Graham (R-S.C.) and Rep. James Clyburn (D-S.C.)  argued that unless changes are made to the bill that is being negotiated, the legislation “may take us backwards.”

“Unless the course is corrected, the Senate bill that comes out of these negotiations may take us backwards by perpetuating or increasing the already stiff legal barriers to holding law enforcement accountable for violating peoples’ constitutional rights,” the group argued.

The organizations also opined on proposed limits for employer liability, claiming that they would have a “particularly broad and severe impact on lawsuits challenging officers who violate the First Amendment and use excessive force during protests.”

They claimed that the potential limits would “deny a remedy to people when law enforcement officers unlawfully destroy or steal their property.”