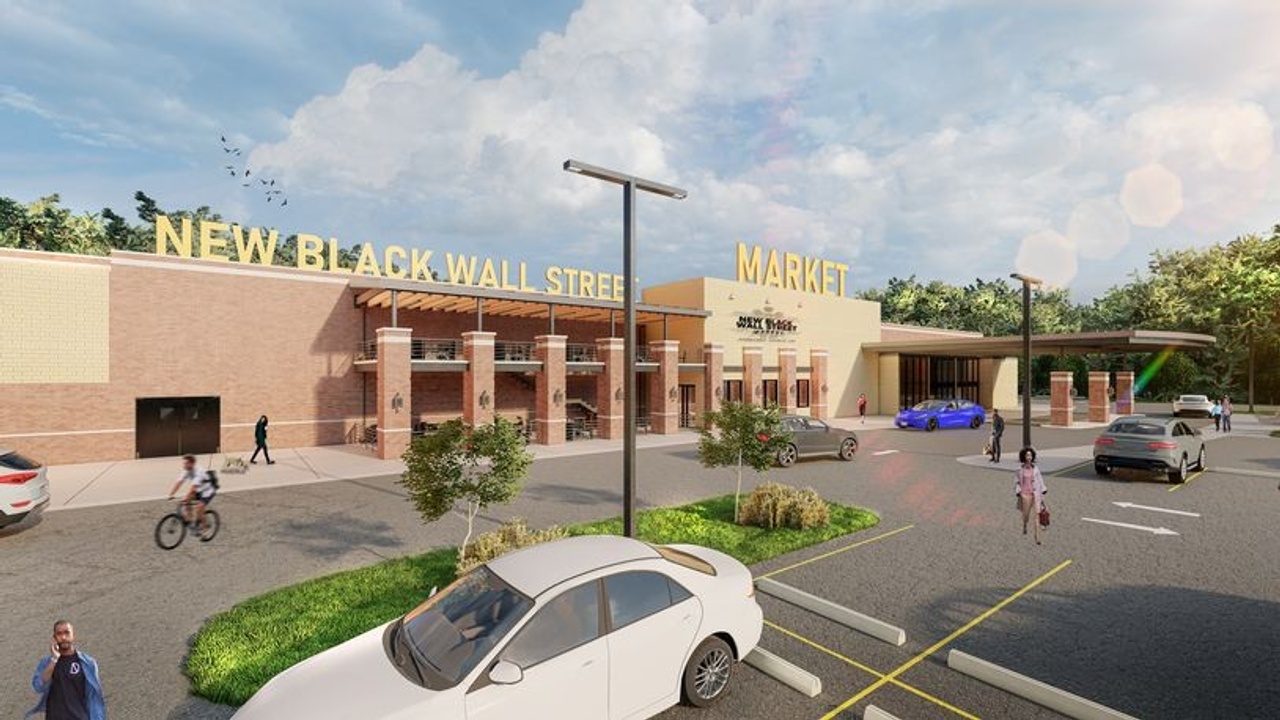 The marketplace is the first of its kind for the City of Stonecrest and is a nod to the original Black Wall Street in Tulsa, Oklahoma.

In the 1900′s Tulsa’s Black community formed the Greenwood District.

It was there where Black people owned land and businesses.

But, in 1921 an angry White mob burned Black Wall Street down and slaughtered a number of its residents in what was later known as the Tulsa Race Massacre.

Matthew Hampton is the director of the new Black Wall Street.

“This will be a real cultural experience,” said Hampton.

Channel 2′s Audrey Washington got a special tour of the 125,000 square foot marketplace.

The space is designed to look like a downtown shopping area and features everything from a grocery store and retail to art galleries and restaurants.

“We have over 50,000 square feet of event space. We’ve got stages, so you’ll find a real 360 (degree) experience whenever you have the opportunity to come to the New Black Wall Street,” said Hampton. “We really had to salute those pioneering African American entrepreneurs who paved the way.”

Dana Hawkins and Charis McWhorter both own Zoet Beauty Supply.

“When we heard about the market that was just a phenomenal opportunity for us to come,” said Hawkins.

They decided to join the New Black Wall Street and open a shop along Madam CJ Walker Boulevard.

Walker, who in the early 1900s created her own homemade hair care business, became this country’s first Black woman millionaire.

Hawkins and McWhorter hope to follow in Walker’s footsteps.

“Were taking back what is already ours quite frankly,” Charis McWhorter said.

“What we hope is that this will inspire that next generation of entrepreneurs,” said Hampton.